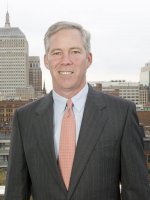 Prior to co-founding Clerestory in 2001, Dan was the Chief Financial Officer of WorldClinic, a venture-backed provider of travel medicine services where he managed the firm’s financial strategy, board and investor relations, budgeting and accounting, and tax and financial reporting.  Additionally, he was an active board participant and was instrumental in restructuring the company prior to negotiating and executing a management buyout.

Before WorldClinic, he was a Vice President in FleetBoston Financial’s Technology and Communications Corporate Finance team, where he analyzed, priced and structured syndicated senior credit facilities and worked on major recapitalizations requiring FleetBoston’s capital markets capabilities in high yield and equity.

Dan received a bachelor’s degree from Clark University in 1985, an MBA from the Olin Graduate School of Business at Babson College in 1996, and in 2010, Dan was certified as an Integral Coach by New Ventures West – an ICF-accredited coach certification program.  Additionally, in 2002 he completed Harvard Business School’s financial management program, “Corporate Restructurings, Mergers, and Acquisitions”.

Dan sat on the Board of Advisors at Entrustet, a web-based provider of estate planning services for digital assets that was sold in 2012.  Outside of work, Dan is the Treasurer and a board member of the Rotary Club of Marblehead Harbor, where he is a Paul Harris Fellow.  In the past, Dan was a board member and Treasurer of the Brookline Music School and was a coach in Babson College’s Coaching for Leadership and Teamwork Program. 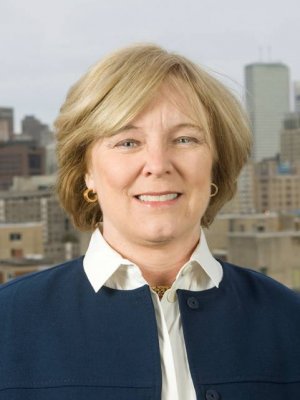 Nancy Hawthorne is a co-founder and Partner at Hawthorne Financial Advisors, LLC (HFA), an independent Registered Investment Advisor based in Marblehead, MA.

In addition to her role at HFA, Nancy serves on four corporate boards:

In the past, Nancy sat on the board of Perini Construction (NYSE: TPC), Commercial Union Assurance, Teleport, WorldClinic, Beacon Power and LifeF/X.

Prior to forming HFA, she was the Chief Executive Officer of Clerestory LLC, a firm providing counsel in corporate and organizational matters to organizations including NASA (The National Aeronautics and Space Administration), DARPA (the Defense Advanced Research Projects Agency of the U.S. Department of Defense), numerous privately-held businesses, and several major telecommunications companies in Europe, Latin America and the United States.

Nancy was Chief Financial Officer of Continental Cablevision, Inc. until 1996, when the company was sold to USWest for $12 billion.  As CFO, she was responsible for treasury, merger and acquisition, investor relations and accounting functions, and for the company’s financial strategy and capital-markets activities.  She and her staff managed a complex balance sheet which comprised multiple tranches of publicly registered debt securities, multi-billion dollar debt facilities provided by a global bank group, several private equity transactions and a large interest-rate swap portfolio.

Prior to joining Continental, she was a banker at Citibank and Bankers Trust Company.  She received a B.A. from Wellesley College in 1973 and an MBA from Harvard Business School in 1977.

Her professional affiliations include membership in the Wellesley College Business Leadership Council, of which she is a past Chair, the Financial Executives Institute, of which she is past president of the Boston Chapter, and the CEO Advisory Board of the Harvard Business School Association.

Her honors include a Public Service Medal awarded by NASA in 2001, selection by the Defense Department to participate in its September 2008 Joint Commission Orientation Conference, and a Lifetime Achievement Award from the Boston Business Journal in 2011.